Beit Alfa synagogue is a 6th-century synagogue located on the northern slopes of Mount Gilboa near the city of Beit Shean. It is today the Beit Alfa National Park.

Beit alfa is an excellent interest point to add on your trip to the north when you take an Israel private tour ,we also recommend to visit Beit Shean ruins and Gan Ha’shlosha park

Beit alfa is an excellent interest point to add on your trip to the north when you take an Israel private tour ,we also recommend to visit Beit Shean ruins and Gan Ha’shlosha park

The synagogue was uncovered in 1928 by members of the nearby Kibbutz Hephzibah while doing their job of irrigation construction. Excavations started immediately in 1929 under the auspices of the Hebrew University of Jerusalem lead by Israel archaeologist Eleazar Sukenik.

Then in 1962 another set of excavations started sponsored by Israel Antiquities Authority.

The Ancient Synagogue of Beit Alpha contains an almost intact mosaic floor from the 5th century.

The synagogue had two floors, being the second floor probably the women’s gallery.

The main prayer area had two rows of pillars on each side creating side aisles. Like all synagogues, it faced Jerusalem, being the Torah Ark on the south side of the building. 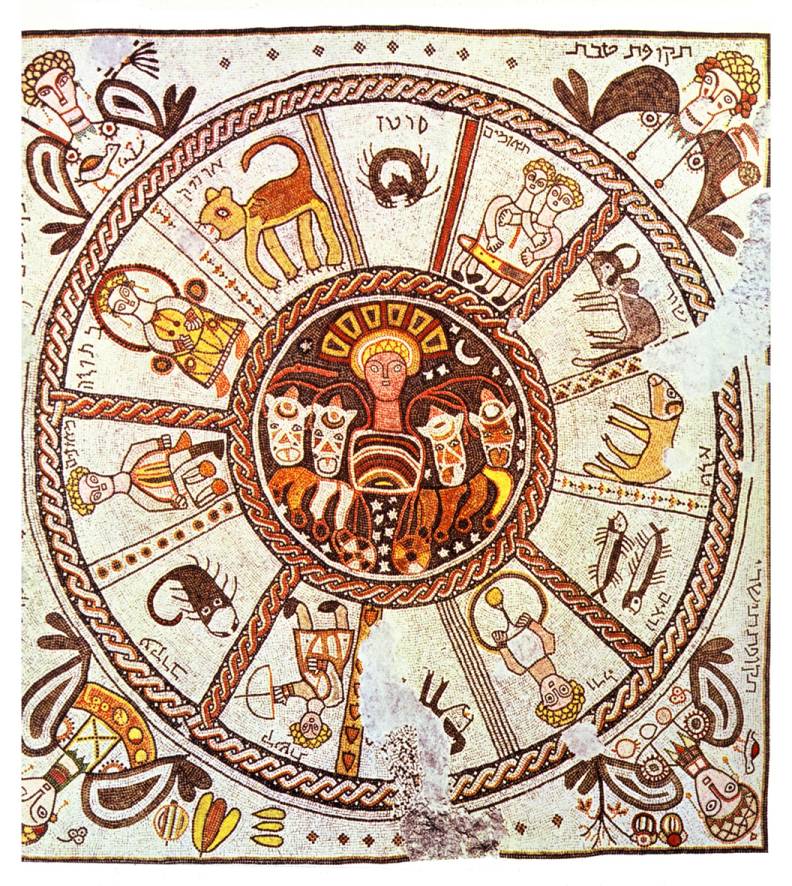 They form simple geometric plain formation at the entrance of the main hall. They are considered the best-preserved mosaics found in the Land of Israel, almost completely intact.

The mosaic in the hall is divided into sections. The pictures in the mosaic appear in rows, where the top is near the Torah Ark.

The bottom of the mosaic contains two inscriptions. The Greek inscription mentions the craftsmen, Marianos and his son Hanina. The Aramaic inscription states that the mosaic was done during the reign of Emperor Justin and the community members paid for the mosaic. On both sides of the inscriptions are a lion and bull.

Above the inscriptions, there is a picture of Akeidat Yitzhak, the binding of Isaac. Abraham is portrayed holding Isaac, and a ram and two servants with a donkey are behind Abraham.

In the central section, you may see the Zodiac, which was widely used in synagogues and churches during the Byzantine period. The twelve signs form a circle and are shown in their Hebrew names and Four Seasons in the corners.

In the final section may be seen as a Torah Ark with a menorah on each side of it. Other traditional Jewish ritual objects also appear in this section, such as the shofar or ram’s horn.