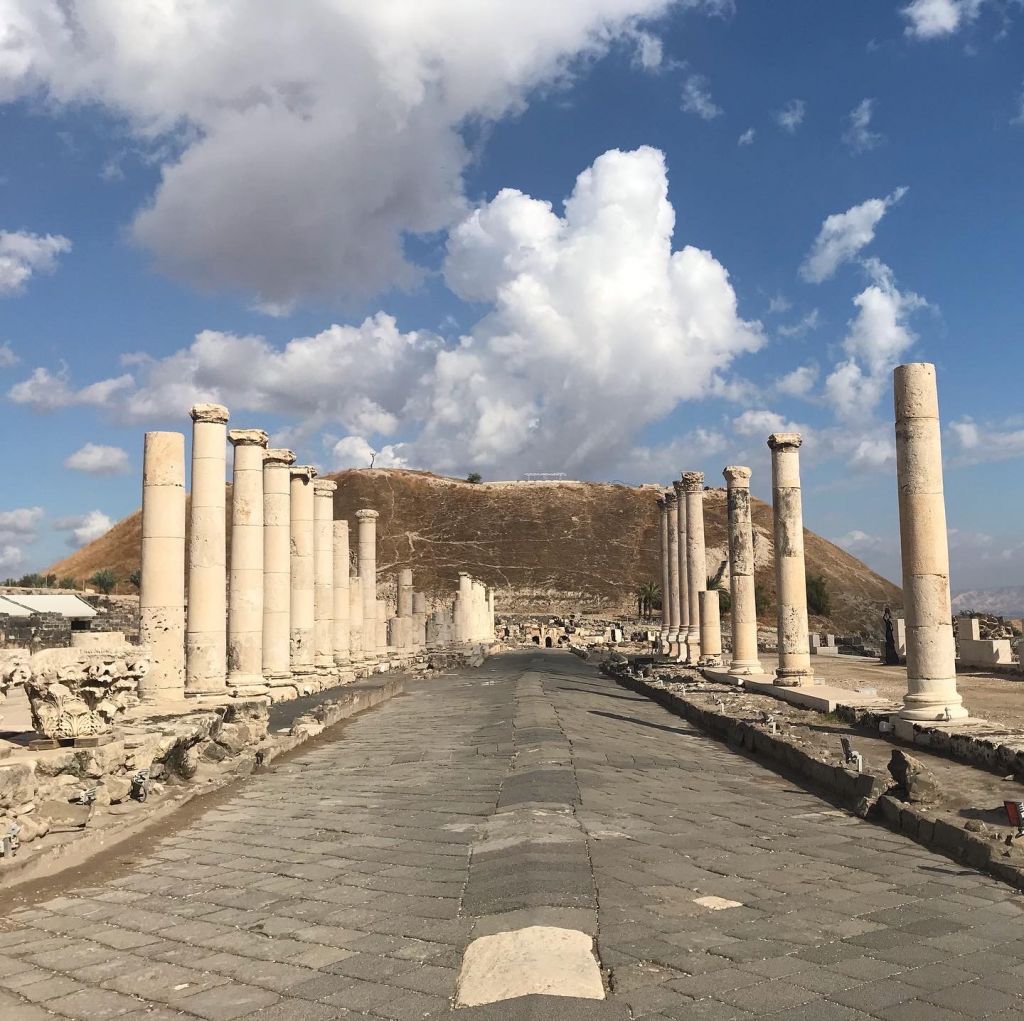 Far away from the center of the country, there is a hidden gem – Beit Shean, the “Pompei of Israel “, this 2000 years old roman town has been destroyed by an earthquake 1400 years and never been restored, the streets of the city the facilities of the house all been amazingly preserved and today you can walk in the roman streets of Beit Shean and hear the echos of the past.

Beit Shean National Park is an important stop on any Jewish or Christian Tours in Israel. When coming down from the Galilee traveling towards Jerusalem, it is on the way to the Jordan valley.

After the Birth of Israel as a new country in 1948 it was located almost at the border of the territories in the hands of the Jordanians, In other words, it was the end of the road.

Today Beit Shean is on the open way of the Jordan Valley that leads to the Judean Mountains, Jerusalem and the Dead Sea.

Book a private tour of Beit Shean with us

Start with the impressive Roman Theater and proceed to the bathhouse complex to its west. Explore the extensive bathhouse and continue to the ancient street below called “Palladius”, as mentioned on a dedication found at the entrance.

Follow the street in a northern direction to the bottom of the tale where you’ll see some of the major monuments of the area including a Roman Temple Nymphaeum.

Beit Shean may become very hot in summers, so if you still have the strength, climb to the top through the steps located at this junction. Once on the top, you’ll have an amazing view of the site, Beit Shean and the surroundings. Then you may go down following ‘Sylvanus Street’ to the east. Take some more time to explore or take more photos before you head for the exit. 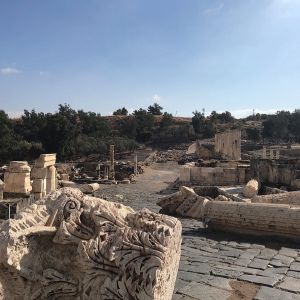 Beit Shean also spelled Beth Shean, on the Jordan Valley is one of Israel’s oldest cities. The ancient tell discovered a few decades ago show many layers of civilizations. Tel Beit Shean is ruins of a Roman City the only one of the Decapolis of the Roman Empire built in Israel. It is located on a fertile valley of the Nahal Harod and was the crossroads for the passing of goods from East to West and North to South. That is why it was populated for many generations since the beginnings of time. 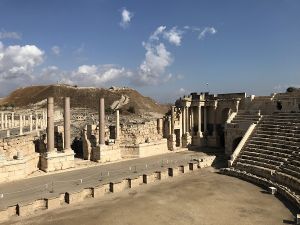 During the Late Bronze Age, the Egyptians ruled Canaan from here. The Bible tells us that the Israelites couldn’t capture the city from the Canaanites. Tel Beit Shean discovered several Canaanite temples and the presence of Egyptian rule in the region. The story tells that the bodies of Saul and his sons were hung from its walls. King David conquered the city together with Megiddo and it became an important administrative center during the reign of his father King Solomon.

In 731 BCE, the city was destroyed by the Assyrian King. In the second half of the fourth century BCE, at the time of Alexander the Great, Bet Shean was reestablished as a Greek polis, with all the trappings of Greek culture, colonnaded streets, temples, theaters, markets, fountains, and bathhouses.

During the Greeks the city was renamed as Nisa Scythopolis. Greek Mythology tells us that Dionysus, the God of Wine, buried his nurse Nisa in town and settled in with his guard originals from Scythian, a region of what is today southern Russia. When the Hasmonean conquered the city they gave the Pagan inhabitants the choice to convert to Judaism or leave. They chose exile and the Jews resettled there and restored the original name of Beit Shean.

In the year 63 CE, the Romans retook the city and made it prosper tremendously during the reign of Emperor Hadrian and Marcus Aurelius. During the Roman period, Jews, Pagans and Samaritans lived in harmony and built grand public buildings, monuments, and statues with inscriptions. 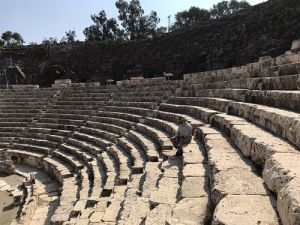 In the fourth century, when Christianity became the religion of the empire, the lifestyle of the city changed again. The amphitheater where gladiators had fought was neglected, although the theater and the bathhouses continued in operation. Churches were built, but the center of town retained its pagan character for a long while.

After the Arab conquest in the first half of the seventh century, the city gradually declined, losing its hegemony to Tiberias. Then, in 749 CE, an earthquake rocked the region and devastated Beit Shean. Anywhere you look in the excavations there is evidence of the earthquake.

Even if you are touring Israel on your own, make it a priority to visit Beit Shean and its Roman Ruins.