Take a day tour with an Israel private tour guide to Tel Megiddo National Park. Tel Megiddo Armageddon National Park known for the Battle of Megiddo, is one of the most important findings of the last decades of Israel Archaeology. Tel Aviv University Megido Expedition has been responsible for the great findings during the years 1992 to 2010.

Tel Megiddo National Park  is located near the Israeli city of Afula on the Jezreel Valley in the Lower Galilee.  From the northern part of the Tel, the view of Jezreel Valley is breathtaking.

Kibbutz Megiddo is as close as 1 km. Today Megiddo Junction is an important crossroads for people coming from Haifa and the Western Galilee to the Lower Galilee. Its location is near Wadi Ara an important mountain pass between Mount Carmel and the Valley.

It is a key location on the Via Maris, the ancient road that leads from Egypt to Damascus. In Hebrew it was called Derech Hayam meaning the way to the sea.

The Second Advent of Christ

I have my personal anecdote about this site. In 1992 when I brought a group of 250 of Latin Americans pilgrims, I was a witness that when the Pastor told the story of the “Second Coming of Jesus known as Christ’s Second Advent followed by and army of white horses”, some of the pilgrims in the group entered a state of ecstasies and cried for some time. I remember how impressed I was by the deep beliefs of these people.

Tel Megiddo excavations in Tel Megiddo Armageddon National Park,  show It was famous in antiquity and known as Armageddon in the Christian Book of Revelations and also mentioned in old Egyptian writings.

Tel Megiddo in the bible is of extreme importance to Christians especially under the Greek name Megiddo Armageddon.

In the more than 1,100 sq meters of size Tel Megiddo excavations have discovered an amazing temple of the Early Bronze Age that so far is one of the largest in the Near East.

What is still unknown to us is about the civilization that built this huge edifice. So the Tel Megiddo excavations team of keep working non-stop in order to discover who those that built such a great Temple were.

Brief History of Tel Megiddo National Park in the Bible

There is a museum on the site displaying the history of Tel Megiddo and a movie about Tel Megiddo in the bible .

It was a walled city about 7,000 years BC. One thousand years later it was conquered by Egypt, then came the Canaanites to be followed by Kings David and Solomon. The city reached its maximum importance during the reign of King Ahab around 2,900 year ago.

It then fell to the Assyrians and eventually demolished by the Egyptians in 609 BC, never to be rebuilt again.

King Ahab made a great contribution to Megiddo

The archaeologists have discovered many ruins showing the city’s past like the City Gate and the Ivory Palace with many objects and jewelry on site. Other sites include Ahab’s stables, and an array of water works and tunnels; the most important being a 25-meter-deep shaft and a 70-meter tunnel leading to the spring located to the west of the Tel.

Stage for many Biblical Battles – Battle of Megiddo

Battle of Megiddo during 609 BC between Egyptian Pharaoh Necho II and King Josiah of the Kingdom of Israel on which the Israelites were defeated.

Battle of Megiddo in 1918 during the end of World War I between allied troops led by General Edmund Allenby and the Ottoman Army.

Tel Megiddo Excavations during the years

I urge my readers of all religions to visit this spectacular Archaeological Site of Tel Megiddo Armageddon National Park.
As in our Bethlehem tour from Jerusalem, Israel private tour guide price for Tel Megiddo National Park excavations and Jezreel valley varies. 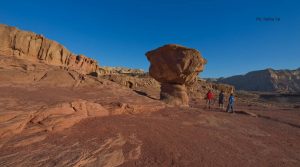 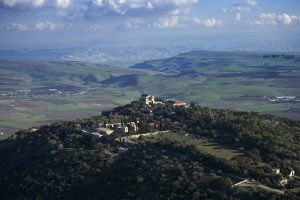 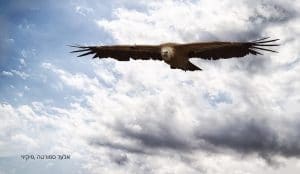 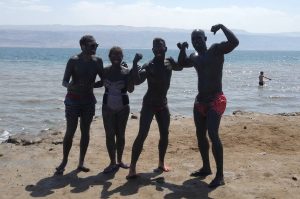 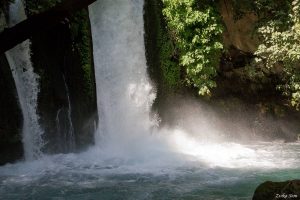 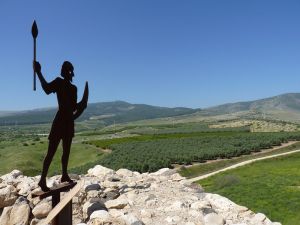