The Dead Sea is called in Hebrew Yam Hamelach or the Sea of Salt. It is located between Jordan and Israel, being the east coast in Jordanian territory and west Israel. It is also known by the names of Sea of the Arava, Sea of Sdom, Sea of Lot. The Crusaders called it the Devil’s Sea. All the names reflect the nature of this very salty lake. It is located on the Syria African Rift and is the lowest point on Earth, almost 400 meters below sea level. Dead sea tours from Jerusalem and Tel Aviv depart daily, bringing the tourist to enjoy and relax at the Dead sea.

Tzur Tours offer a dead sea private tour with a professional tour guide and tourist car, and it’s the best way to cover dead sea highlights and the area.

Click here to book a Dead Sea private tour starting from $600 per group.

What is there to see at the Dead Sea area?

Qumran is a settlement over 2000 years old settle by a Jewish sect of priests who left behind the Hebrew Bible’s earliest copies. Visit Qumran nature park to learn about this fascinating Jewish sect end their lifestyle in the Judean Desert where the Dead Sea Scrolls been found, this set of texts of extremely great importance were found. They are written in papyrus and parchment. The texts are mainly in Hebrew, Aramaic, and Greek.

Ein Gedi – This is a real oasis in the desert. It is located on the northwestern side of the Dead Sea, near Qumran and Masada. It features caves and springs and a variety of flora and fauna. It is mentioned in the Bible and specifically in Shir Hashirim, the Song of Songs of King Solomon. Also, it’s one of the most favorite highlights on the Masada Ein Gedi dead sea tour.

Masada Israel – Located on the west side of the Dead Sea and the slopes of the Judaean Mountains, a fortress built on a plateau served as a refuge to the Jews in Roman times. Legend says that the few remaining in Masada committed suicide instead of surrendering to the Roman troops. Today, Masada and dead sea tour are among Israel’s main attractions visited by thousands of tourists daily. The view of the Dead Sea and the Jordanian Mountains is are inspiring. Join Tzur tours on Masada and dead sea tour.

A beautiful landscape located right just by The Dead Sea resort named after the biblical city of Sodom and Gomorrah I’m very might be located near the biblical location you can tour Mount so dumb on a Jeep ride a hike in Sodom stream.

There are many reasons to visit the Dead Sea. It is worth making a hotel reservation and staying a few days. It is just an hour and a half from Jerusalem as you go down from 800 meters above to 400 meters below sea level.

Why is it called the Dead Sea?

The salinity of the lake is so high, actually one of the highest on the planet, that there is no possibility of marine life in its waters. . Its waters come from the Jordan River that ends on the northern corner of the sea and from little rain that falls during the year. Also, some springs and rivers flow into the sea. But nobody of water flows “out” of the Dead Sea. The high temperatures and the waters’ constant evaporation cause the concentration of salt and mineral in its waters. 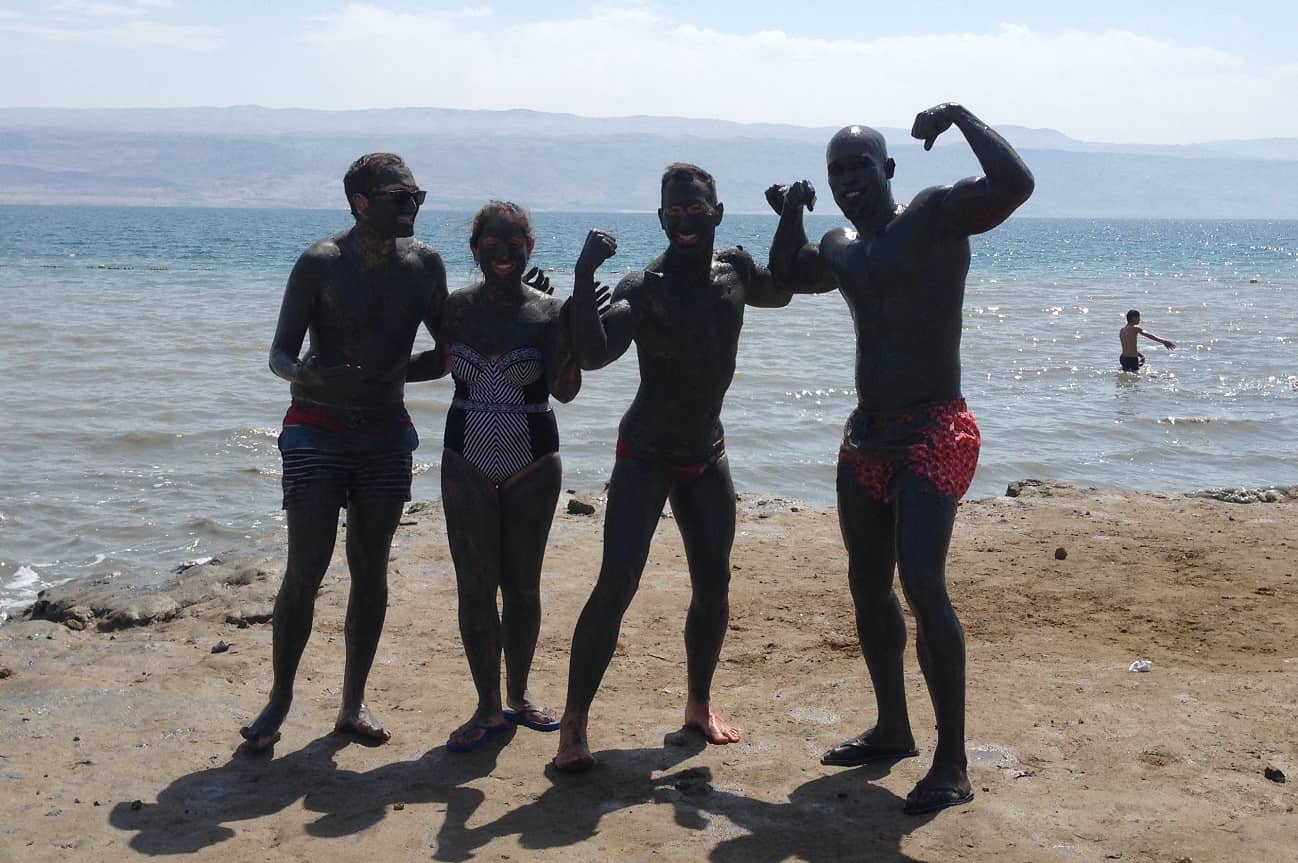 Since Biblical times it has been visited by many from the whole Mediterranean area. Great people like King David, King Solomon, the Queen of Sheba, and Cleopatra visited the Dead Sea or imported its minerals.  Products from the sea have been used as cosmetics and herbal potions for centuries. This is a tremendous industry that started here, and today you may see the products in any store in America, Europe, or Australia. These products’ curative qualities are world known, and you can visit the dead sea shop and factory while you are on a Dead sea tour.

The shores of the sea are covered by many Spa Resorts serving the area. Tourists with skin diseases flock here from every corner of the world for treatment to their illnesses. All the hotels have spa facilities to cater to these clients.  Treatments have been helping patients for years, and many tour operators dedicate themselves to organize this kind of tours.

It is an experience by itself.  The moment you try to swim, you notice that you are floating without any effort. The salt and minerals’ density in the waters makes it dense and thick, providing a surface to float. One recommendation: Beware of little cuts, it burns like hell. Go out and run to the nearest freshwater shower provided near the beaches.

Sun tanning in the Dead Sea

You’ll be surprised to find out that you may not need a suntan lotion. Being 400 meters below sea level, the area’s atmosphere is 400 meters more than on a regular beach. Therefore the ultraviolet rays do not penetrate this extra layer, and your skin is protected when you are sun tanning.

On the southwest side of the sea, around 1500 employees of the Dead Sea Works harvest the important minerals from the waters. The number one in importance is Potash, and it is mainly used in the production of fertilizers.

Tour the dead sea before it Shrinking and raise an awareness

Unfortunately, in the past decades, the Dead sea level has dropped over 4 feet a year(1.4 meters)!, this is happening because the main sources of water of the Dead sea have been blocked. Today more water is evaporating by the sun than coming into the Dead Sea. The Israeli government is not doing enough. We hope that this problem is solved swiftly to leave The Dead Sea to future generations.