Cave of the Patriarchs

About forty minutes south of Jerusalem in the Hills of Judea, lies the predominant city of Hebron. This city, that dates back to early biblical times was visited by the spies who were sent by Moses and was also the birthplace and home of King David before he made Jerusalem his capital.

But, more importantly, in the center of Hebron can be found the Cave of the Patriarchs, or by its Hebrew name, Maarat Hamachpelah. Here, according to Jewish tradition, is the burial place of Adam and Eve, Abraham and Sarah, Isaac and Rebecca, and Jacob and Leah, with only Rachel, Jacob’s younger wife buried by the wayside near Bethlehem.

All rights reserved to the American congress library

Cave of the Patriarchs tour

Tzur tours offer cave of the Patriarchs private tour and other sites of Hebron,

The cave is now covered by a huge building dating back to Herodian times (about 37 B.C.E.). This building was, in turn, a Jewish Mausoleum, a Byzantine Christian Basilica, a mosque, a Christian basilica again, this time under crusader rule, and then for more than six centuries, a Moslem mosque called Haram el Ibrahimi.

This imposing building is now the oldest building in daily use in the world. 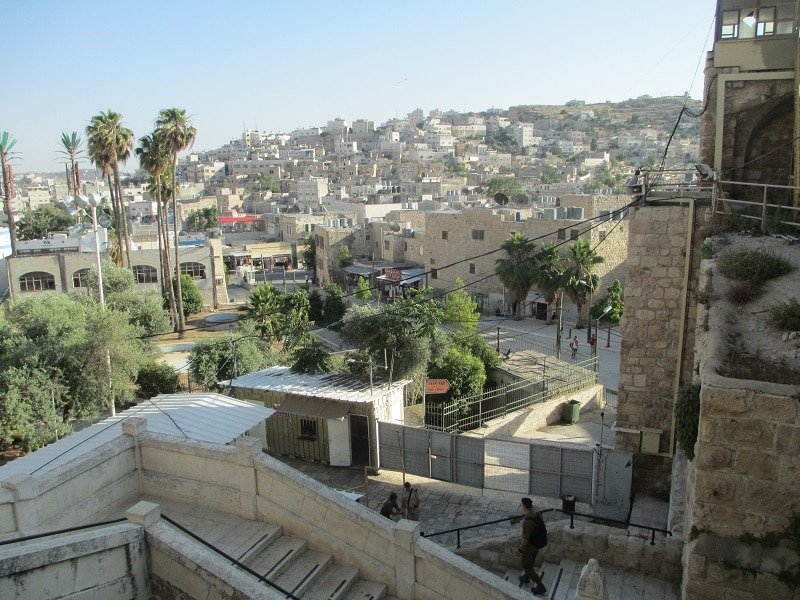 For many years entrance was forbidden by anyone who was not a Moslem, so Jews and Christians were only able to pray from one of the steps that approach the building.

After the six day war Jews returned to pray in the building but with many restrictions. The entrance to the cave itself had been covered when under Moslem rule. A group of Israelis under the cover of a prayer service managed to uncover the entrance to the cave and indeed found that there is a cave within a cave with bones that, after testing, date back to the First Temple.

The fact that the compound, as indeed the whole of the town of Hebron, is a source of friction and tension between Arabs and Israelis cannot be ignored. Therefore it is advised that you should join a tour group to or a private tour to avoid any inconvenience