The first time I went to Beit Guvrin many years ago was taking a group of mine to the “Dig for a Day” experience. I cherish this day and remember how happy my clients were.

This park is located on the slopes of the Judean Mountains in Central Israel about 15 km from Kiryat Gat. Here are the ruins of Maresha one of the towns of the times of the First Temple, and Beit Guvrin a town of the Roman era. 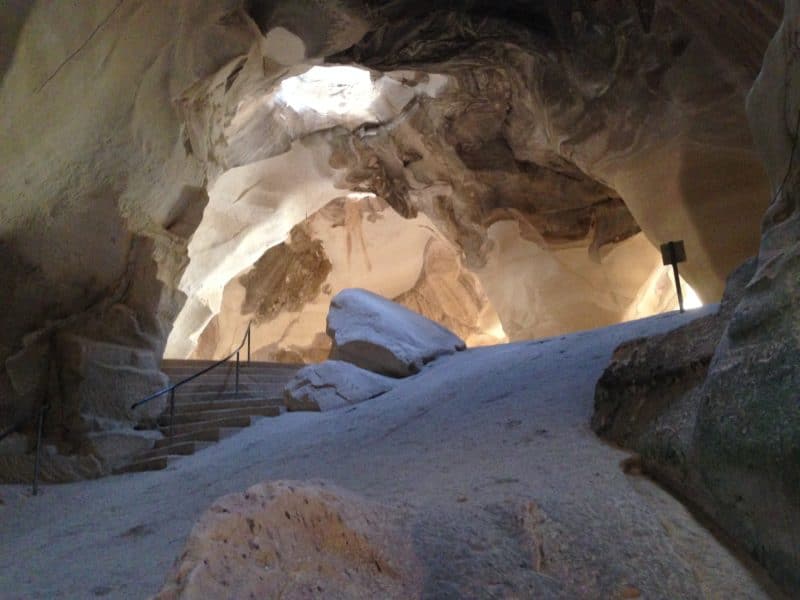 This town was fortified by Rehoboam, King Solomon’s son and is the scenario of many caves making an impressive labyrinth. The caves were originally created over 2200 years ago by the Greek residents of that time to extract the stones to build their home and later became warehouses and cisterns underneath their homes.

There also some burial caves with all kinds of murals that can be seen.

This is one of the largest caves called the Bell Cave, with a 60-meter-high ceiling, and is easily accessible. This is one of about 800 bell-shaped caves linked to one another by passages. The truth is that there are about 2,000 underground caves in Beit Guvrin. 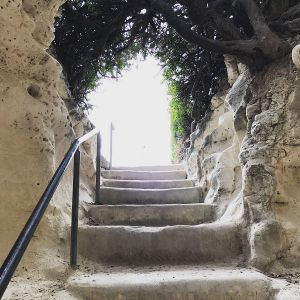 Don’t be surprised if I tell you that the large Bell Cave has served for concerts or other events due to its space and special acoustics.

The town of Beit Guvrin replaced the older town of Maresha and had an important Jewish Population during the Roman period. It was actually the most important city of the area until, according to Josephus Flavius, it was conquered by Roman General Vespasian.

When visiting the caves, you may also see the remains of a Jewish cemetery of the era.

This is one of many important discoveries in Beit Guvrin, besides public baths, burial tombs, and mosaics.  The remains of the amphitheater were discovered recently in the mid-1990s. It was built in the 2nd century. Close your eyes and imagine the gladiators’ contests taking place in that site that could seat 3,500 spectators 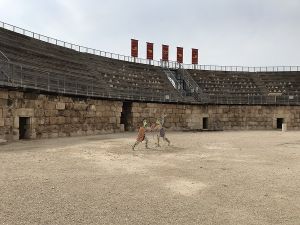 It was built by Roman troops stationed in the region after the suppression of the Bar Kochba Rebellion. Built with rectangular limestone bricks it was in use until destroyed by the Galilee earthquake of the year 363, today  you can tour this amazingly preserved amphitheater which is still in use for concerts and shows, the parks authority added some nice  accessories to the site such Gladiator illustrations and roman flags that really give you the feeling you went back in time.

This church built during the Byzantine period was late restores by the Crusaders in the 12th century. It has three windows and it is well preserved.

Beit Guvrin Maresha National Park is located on Road # 35 across from Kibbutz Beit Guvrin at the crossroads that led from Jerusalem and the Judean Mountains to Hebron. It is located at an altitude of 820 to 1100 meters above sea level.

Visiting this National Park is an unforgettable experience. You become a “famous” archaeologist for a day and bring home many memories.

April to September 8 am to 5 pm

On Friday and holidays year-round, the park is open until 3 pm