Ashkelon National Park is located on the Mediterranean Sea southwest of the southern city of Ashkelon. It is in the heart of the ancient city of Ashkelon surrounded by a wall built in the 12th century by the Fatimid Caliphate.

Here the visitor will find remains of several civilizations such as

If you stand at the foot of the Crusader wall, you’ll have an amazing view of the parks and the sand dunes south of Ashkelon and also of the modern city of today as well. In the center of the park are the remnants of the Biblical Tel Ashkelon.

The Roman Ruins are impressive, especially the pillars of the Basilica, the public place serving all the citizens; the artwork and architectural remains to see near the basilica include a statue of Nike, the goddess of victory and Atlas holding the world on his shoulders.

A magnificent beach is situated right outside the park. 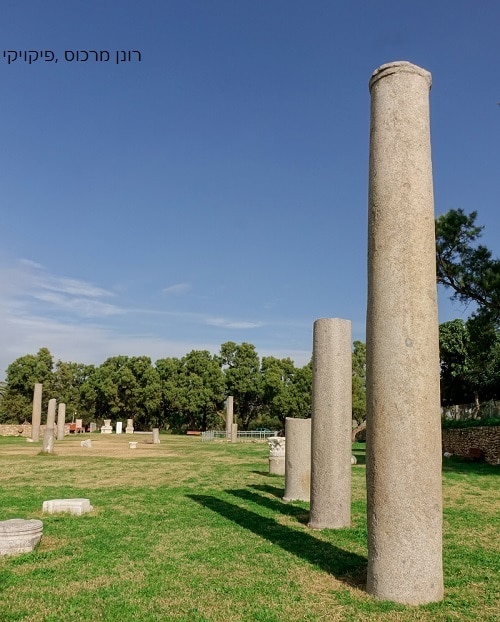 Dated to 1850 BCE, it was built of mud and kurkar bricks, considered to be the oldest vaulted gate in the world. The gate is built in the form of a 15-meter-long corridor, almost 4 meter in height and more than 2 meter wide.

It was in use for over 250 years and served for the transport of foods.

The ruins of Ashkelon are surrounded by a rampart in the form of a semicircle of about 2200 meters in length. It is an enormous mud wall rising to 15 meters and with a width of 30 meters.

It was used as a form of fortification and its exteriors were of chiseled kurkar. 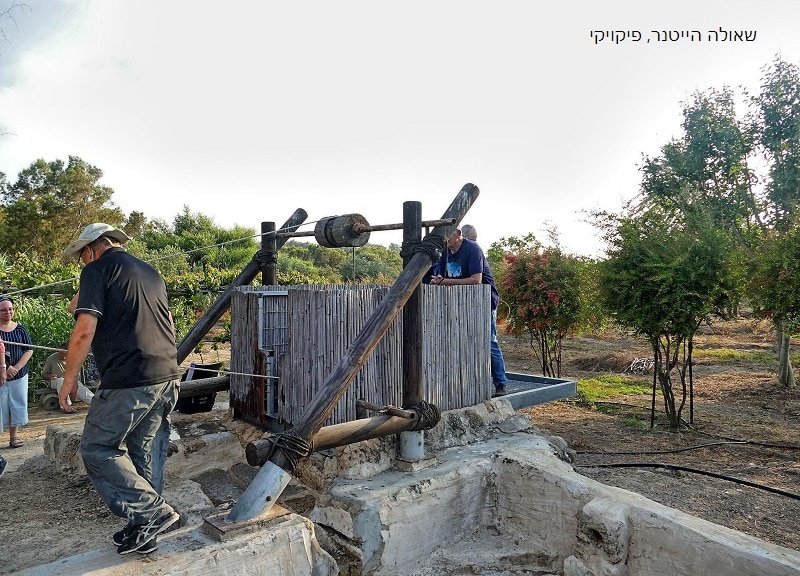 Built by the Fatimid Muslims in the 12th century, to fortify the city against the Crusaders, they had four gates, Jerusalem, Gaza, Jaffa and Sea Gates.

The waves have destroyed part of the sea wall, affording awesome views of sections of the wall in which columns and other architectural items from earlier buildings have been incorporated.

In the center of Ashkelon National Park are the remains of this city basilica built by the Romans during the 2nd or 3rd centuries.

Its floors were made of marble and its surrounded by columns in a 110 meters row.

In the park are found 67 wells, the majority of them from the Byzantine period. Five of them are Antilia wells.

Since in Ashkelon there are no springs of natural water, these wells provided the necessary supply of water for the ancient city.

The southern part of the parks is a Nature Reserve for its unique group of sand dunes, flora and fauna all with kurkar landscapes.

Do to the proximity of the dunes to the sea, the area is dominated by desert vegetation, but there are also Mediterranean plants such as spiny broom.

This is a 10,000-seat amphitheater for cultural events on a constant basis, with performances of popular artist that try to fill this huge venue.

The bathing beach is open from April to October and you may see the timetable below.

There are many facilities of lifeguards, restrooms and showers.

How to get there

Best is to come with Israel private tour guide

From Road 4 going south turn right at the main entrance of the city, and follow David Ben Gurion Boulevard for about 5 km and at the circle turn left into Ben Amar Street.

Dogs are permitted only on a leash and with a muzzle