Akko (Acre) Israel is an old city with a natural port at the northern tip of Haifa Bay. This natural port, standing at the end of the mainland route linking the wealth of the east with the Mediterranean Sea,

has made Akko strategically important for thousands of years. As you wander through the old city, you are surrounded by buildings, tunnels, and walls, all from different periods in history. 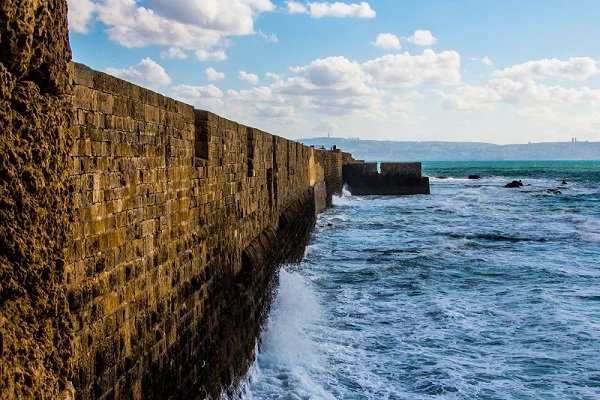 Book a private tour of Akko !

Akko goes all the way back to the Canaanite period, the Bible mentions that Akko resisted the Israelite conquest for many years. All the major rulers of ancient history lent importance to Akko King Solomon, King Herod, Alexander the Great, Cleopatra, Claudius and more. The early Moslem rulers built up the fortifications of the town but this did not prevent the crusaders under King Baldwin I from capturing the town albeit after four years of siege. Under the Crusaders, Akko was second in importance only to Jerusalem. Indeed in the latter crusades, Akko became the capital of the Kingdom of Jerusalem and was the last town to fall to the Mamluk forces.

The Mamluk policy was to destroy all strongholds so most of Akko lay in ruins for many years. Towards the end of the 18th century, the Ottomans rebuilt the fortifications of Akko using the materials from the medieval ruins. Napoleon tried to conquer Akko in 1799 but the fortifications held out and Napoleon was forced to accept defeat, even at the price of abandoning his cannons. 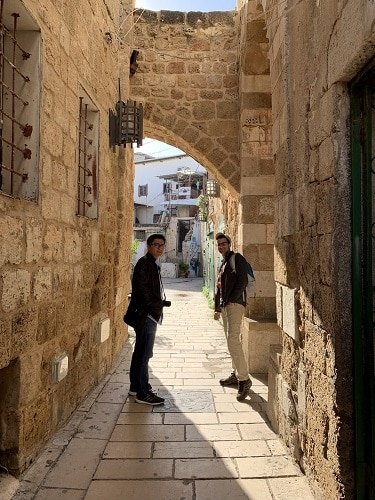 Under Ottoman rule Acre was the center of political intrigue. With a succession of local rulers, but the city continued to flourish as an important port linked to the Hejaz railway.

The British conquered Palestine and removed the Turks towards the end of WWI. During British rule Acre is best remembered for the conversion of the historic fort into a prison. This was the prison in which Zionist partizans were held and some were executed. The Zionist underground movements staged a daring raid on the fort in 1947 freeing many prisoners.

Akko is now a thriving city of about 50,000 inhabitants, Jews, Moslems, Christians, and Bahai believers.

Akko things to do

Akko, especially the old city, is blessed with many attractions including the Inn of columns, the Knights Hospitaller wholes, The ancient fortifications, a colorful market and much more.

Os fabulous local market with the charm of an old city, don’t miss ou the excellent baklava sweets shop at the market! 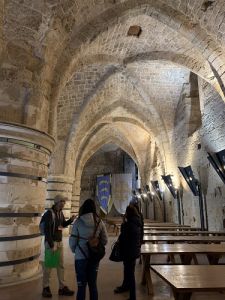 Across from the mosque, you can walk down several levels and see how the Turks built many levels over the Crusaders city. The Knights’ Hall is the most beautiful of all, which was used by the Crusaders for ceremonies. Today the main hall is used for concerts.

The Poor Knights of Christ known as the Templars built this tunnel in the second half of the 12th Century. It was discovered in 1994 and it’s open to the public.

Meaning in English Inn of the Pillars is an 18th-century meeting place for caravans bringing grain from the Galilee. The structure has Herodian Pillars brought from Caesarea. The clock was added later in honor of Turkish Sultan Abdul Hamid.

Museum of the Underground Prisoners 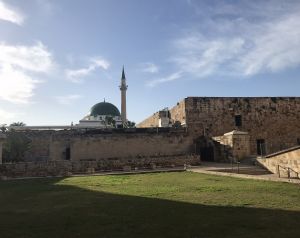 Built on the ruins of the citadel of Dahr El Omar of the Byzantine times was later rebuilt by Ahmad Pasha El Jazzar. When the British conquered the city in 1918 they converted to a prison.

Pasha’s Turkish Bathhouse built with Turkish tiles and a domed roof with glass circles and marble floors was magnificent in its time.