Top 10 things to do in Nazareth Israel

Nazareth is well known worldwide as a town of great significance to Christians. This is where Mary was told by the angel Gabriel that she would bear Jesus, and this is the place where Jesus grew up. Many of the landmarks are of great holiness for Christians, but these sites, as well as many others, 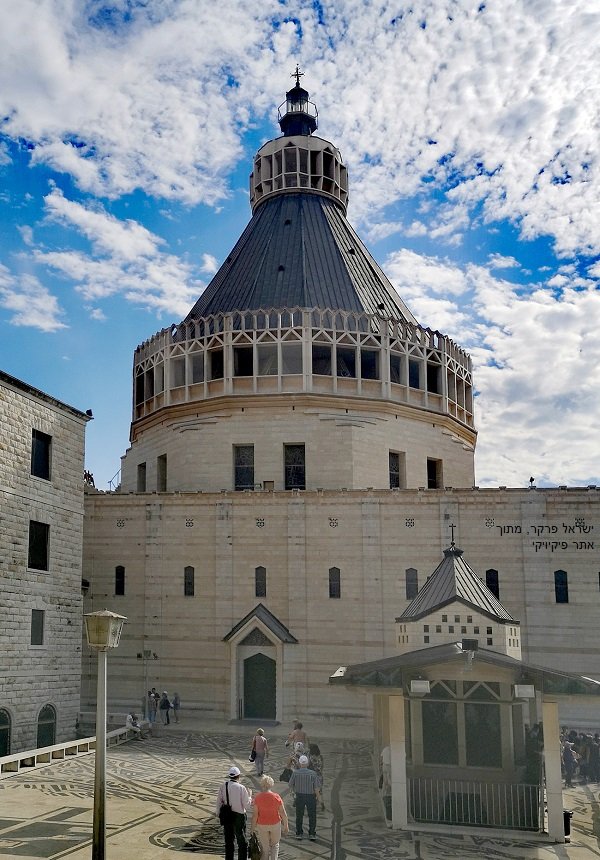 are of interest to tourists of all denominations.

Book a tour of Nazareth

Opposite the well you will see a shop called Cactus, selling interesting artwork. While renovating the shop the owners Elias and Martina discovered a beautiful Roman bathhouse under the shop. Elias welcomes the public with a guided tour of the bathhouse and even offers refreshments.

– This is a Greek Orthodox Church built over the spring that supplies the water to Mary’s Well. Apart from being the place that, according to Orthodox belief, Gabriel told Mary that she would bear Jesus, this is a beautiful example of an Orthodox church, complete with dazzling icons, frescoes, and baptismal font. You can visit the spring in the church.

– In the grounds of the Bishop’s House. A surprising small atmospheric, underground labyrinth, said to be the hiding place of Jews or Christians from the Roman soldiers.

– This where Christians believe that Mary first encountered the angel Gabriel while drawing water from the well. Now there is a much newer trough built over the original well. 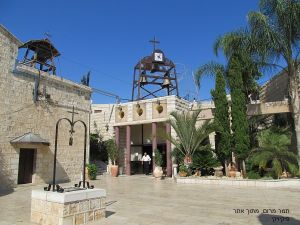 As you walk along the Old City Road you will see some beautiful Ottoman Buildings. Some have been converted into guest houses and hotels and are will to give you a short guided tour of the premise explaining the Ottoman culture and architecture.

a small but well preserved, picturesque, oriental market offering anything from souvenirs, house appliances, fresh fruit and vegetables, and spices, to refreshments of all kinds. Try the freshly pressed Pomegranate juice, it’s great.

Completed in 1808, worth a peek. A symbol of peace between religions. 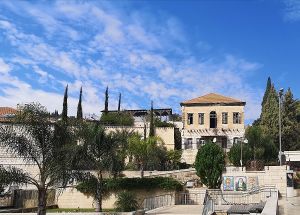 Before you think that there is some kind of typo, this is a church that stands on the spot where it is believed that Jesus went to pray in the synagogue in his home town. Having read from the Torah he preached. The congregation did not take kindly to his sermon and chased him out of town and even tried to kill him. The famous term “healer, heal thyself” was first said here by Jesus.

9. The Basilica of the Annunciation

– The present Church and precinct were completed in 1969. It is stunning not only in its size and details but also in many modern architectural concepts interwoven with an ancient site. This is where, according to Catholic tradition, the angel Gabriel announced to Mary that she would bear, Jesus. The architect, Giovanni Muzio, emphasizes the ancient grotto where it is believed that the meeting took place, by building a two-storied church that seems to hover above the grotto. The lower story is almost empty of furniture so that the visitor is drawn towards the grotto. The upper story is arranged for more conventional worship with rows of pews and an altar at the front. The architectural style is modern with a brutalist emphasis. One of the most interesting aspects is the many artistic presentations of Mary, each donated by a different country celebrating Mary but each one in the style of the country that gave the picture. 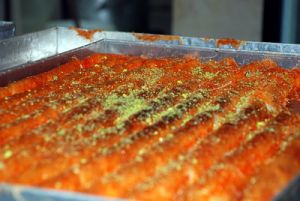 After all this touring on foot now is the time to sample some of the food and snacks that make Nazareth cuisine famous. Hummus made from chickpeas, Shawarma – slow-grilled meat in fresh pitta bread, Arayes – a kebab in grilled pitta, and, of course, baklava and knafeh for dessert. After all this, a cup of strong aromatic coffee will reinvigorate you.

Top 10 things to do in Nazareth Israel